We offer many exciting career opportunities at all levels, from recent graduates to experienced professionals. Are you interested in being part of a dynamic workplace with a supportive and engaged workforce, where your talents and contributions are appreciated and rewarded? If so, Wiley|Wilson may be the right move for you. 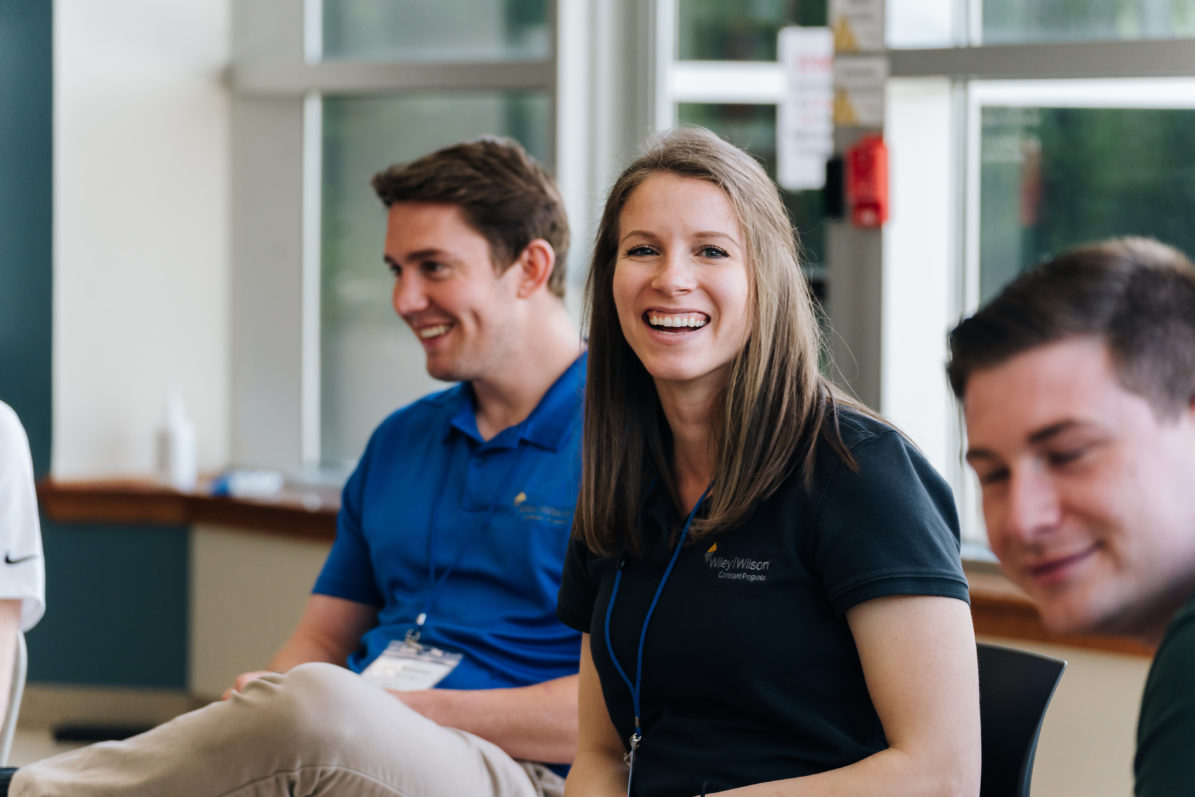 Starting a new job can be both exciting and intimidating. At Wiley|Wilson we do our very best to make sure new employees feel welcome and get up and running quickly. Are we doing a good job? Well, judge for yourself by checking out this video we recently made with a few of the newest faces of Wiley|Wilson.

A company’s culture speaks volumes about what it truly values. At Wiley|Wilson we strive daily to create a culture centered around unselfish service and individual engagement.  Unselfish service means putting the interests of our clients, our co-workers, and our communities ahead of our own. Engagement comes from being invested in what you do. We believe that when our employees are engaged they consistently respond to this call to service.

Wiley|Wilson is a 100% percent employee-owned company through our Employee Stock Ownership Plan (ESOP - Learn more here). The ESOP gives participants an exciting way to grow their retirement savings, by sharing in the company’s success. At Wiley|Wilson, everyone is encouraged to “think and act like an owner,” which creates an environment where people trust their coworkers to always act in each other’s best interests — and the best interests of clients.

Want to learn more about our culture and why it’s so important to our success? Watch this short video to hear directly from our employee-owners. 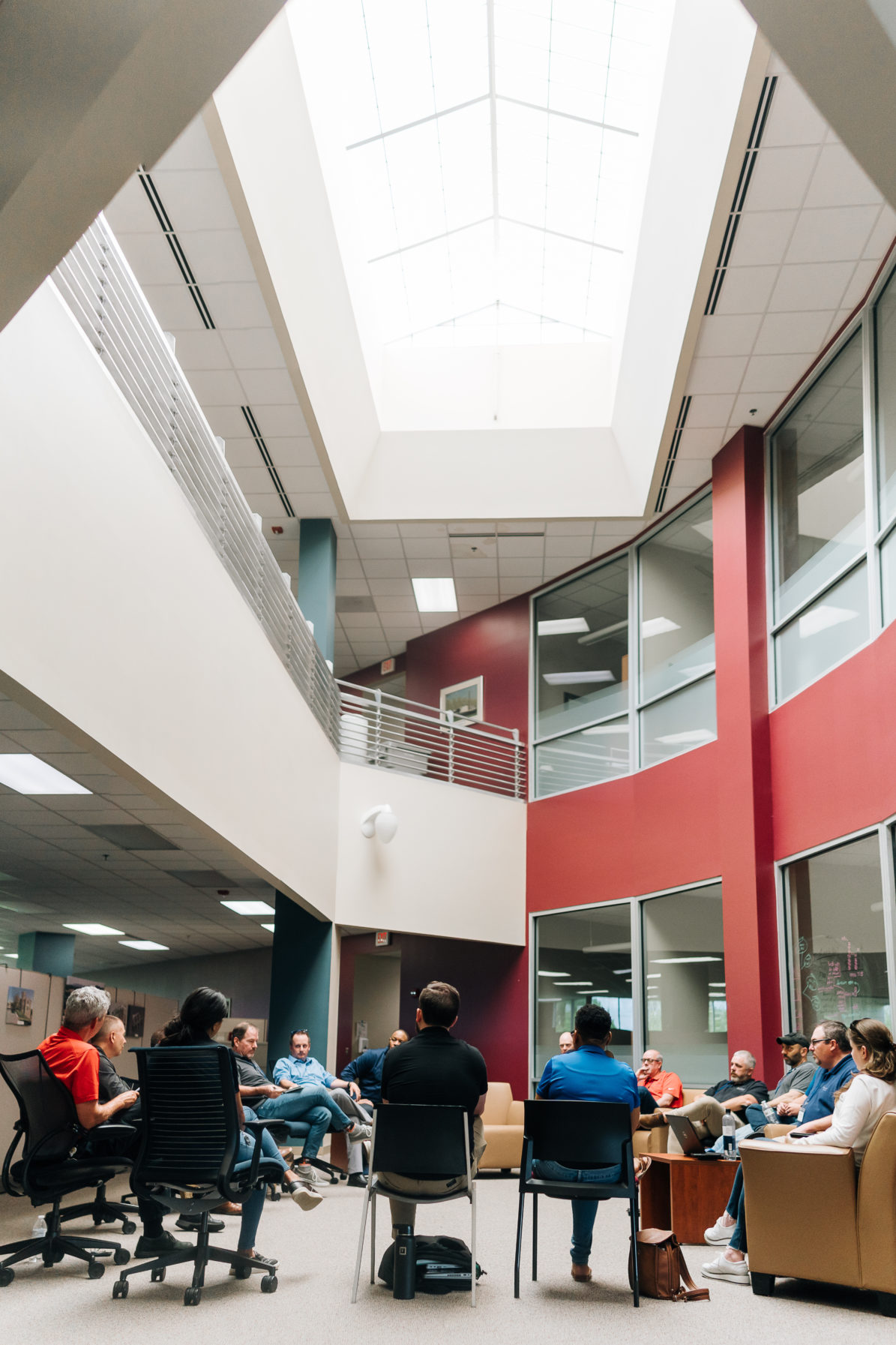 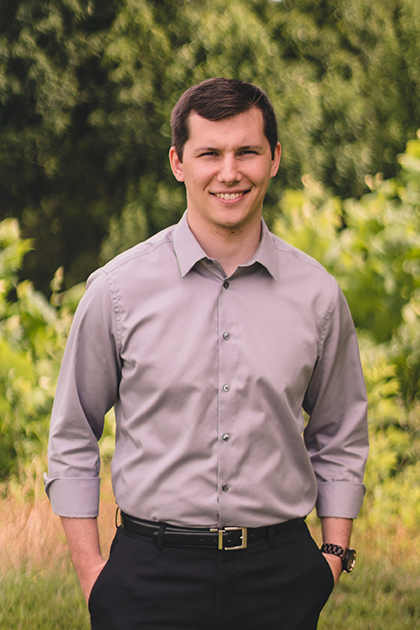 "I enjoy the company's ownership culture because it promotes a positive atmosphere of teamwork and engagement." "What I enjoy most about working for Wiley|Wilson is the diversity in the project types that I have the opportunity to take part in and the experience I’m able to gain." 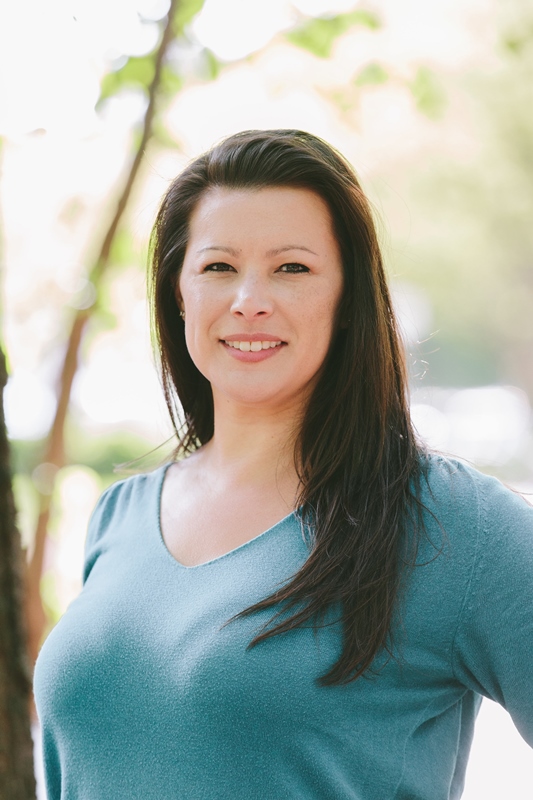 "It’s important to work in an environment that is supportive, fun, and professional. I get all of that at Wiley|Wilson."

The pandemic has people wondering... should I be in the office full time, have a hybrid schedule, or can I work remotely?

At Wiley|Wilson, we have employed the "Work Appropriately" model, which means employee-owners and their managers will determine the work setup and schedule that is best for them and their projects. We’re trusting our employee-owners to do what works for them while continuing to meet our clients’ needs. Watch the video to learn more about how we are applying this concept developed by General Motors CEO.

Wiley|Wilson is fully committed to the concept and practice of equal opportunity and affirmative action in all aspects of employment. Wiley|Wilson subscribes to Title VII of the Civil Rights Act of 1964, the affirmative action requirements of Executive Order 11246, the Rehabilitation Act of 1973, as amended, and the Vietnam Veterans’ Readjustment Assistance Act of 1974, Section 4212 and has posted written notice to this effect. It is the policy of Wiley|Wilson, in accordance with all applicable laws, to recruit, hire, train, terminate, transfer, and promote persons in all job titles without regard to race, color, national origin, religion, gender, age, genetic information, disability, gender identity, sexual orientation, or any other basis prohibited by applicable law, including an individual’s status as a protected veteran.

THANK YOU FOR YOUR INTEREST IN WORKING WITH WILEY|WILSON AND VISITING OUR SITE TO LEARN MORE ABOUT OUR FIRM.

Wiley|Wilson works with third-party recruiting agencies on an as needed basis. We believe our continued success relies on our ability to attract top talent. We also respect the time and energy it takes to source qualified and interested candidates. We prefer to work with a small group of agencies that have been selected as a result of previous successes and a screening and evaluation process by our Human Resources Department. Because of the number of recruiting agency solicitations we receive, all third-party recruiting agencies are required to apply with us to become an approved vendor. Our preferred vendors work closely with our Human Resources Department and Office Managers to deliver high quality candidates. They are very knowledgeable of our industry and are considered strategic partners of Wiley|Wilson. Due to the high volume of solicitations and the competitive landscape for identifying talent, we perform an annual assessment of our preferred vendor list. All recruiting contracts are eligible for renewal annually and are good for one year, unless otherwise terminated. If you would like to be considered as a potential future preferred vendor, please contact us via e-mail. Include information on your firm as well as a primary point of contact. Please note that providing this information does not qualify you as a preferred vendor.

EMAIL US FOR CONSIDERATION

Along with a competitive salary, Wiley|Wilson offers a comprehensive benefits package for employee-owners that includes insurance, paid time away from work, continuing education opportunities, and community outreach options.

We encourage you to visit the Employee Testimonials to see what a few of our employees have to say about working at Wiley|Wilson.

This is not a complete list of the company's benefits. The entire benefits package and related policies can be explained in detail and may be added to or changed at any time. We welcome the opportunity to discuss this information with prospective employees as the interview process takes place.

We are an employee-owned company, commonly referred to as an ESOP (Employee Stock Ownership Plan). This benefit allows employee-owners to accumulate stock over the length of their employment which, in conjunction with the joined 401K plan, can provide additional funding for retirement. It’s also an incentive for each employee-owner to make the firm as successful as possible.

Maintaining an ideal work-life balance is important. To help employee-owners achieve this, Wiley|Wilson takes a generous and unique approach to time away from the office. The amount of Paid Time Off (PTO) that full-time, salaried employees receive is based on years of service:

Along with PTO, the firm provides other time away from work benefits:

Our company vision is to be a positive force in our communities. To pursue that goal, all full-time employees also receive eight hours of volunteer time, to be spent volunteering with a community organization(s) of the employee’s choice.

We take an active interest in promoting and supporting our employee-owners and their professional development. Our tuition reimbursement plan is one of the best in the business. In most cases, we cover the cost of necessary tests for professional designations, industry registrations, and other certifications.

We make every effort to promote from within. Our exclusive, internal development programs are aimed to help employee-owners hone their skills and expand their knowledge. Opportunities include:

Networking with industry peers is an integral part of the business. For this reason, we pay for memberships in technical and professional organizations and for professional dues and registrations.

Wiley|Wilson is an Equal Employment/Affirmative Action employer. We do not discriminate in hiring on the basis of sex, gender identity, sexual orientation, race, religion, national origin, physical or mental disability, protected veteran status, or any other characteristic protected by federal, state, or local law.

Most material posted on Wiley|Wilson’s website is available in HTML format, as PDFs, and/or in a word processing format suitable for use by text-to-speech devices. If you are unable or limited in your ability to apply via our on-line application, or if you need a reasonable accommodation for any part of the employment process, please contact us by email at cburnette@wileywilson.com and let us know the nature of your request and your contact information.